Is college a good investment?

To most people in the United States, a college degree is something that seems totally unaffordable. The median household income in the United States in 2017 was $61,372, according to the Census Bureau, while the average cost for private universities for the 2018-2019 school year is $35,676 per year according to U.S. News and World Report. Even public universities are seeing higher costs, so most families are left wondering how they are going to pay for college. Enter massive financial aid agreements, which sometimes include grant money or work-study programs, but often also include a large chunk of student loans. So it’s not surprising that regardless of whether a family is paying sticker price for college or examining a loan package, many families start to ask themselves if college is a good investment.

To begin with, it’s not a question that previous generations have had to ask themselves in any meaningful volume for two reasons. First, the majority of earlier generations did not go to college. So right off the bat, there is a large subset of the population that never had to deal with the question of college affordability because they simply never attended college to begin with. Second, the portion of the population that did go to college went at a significantly lower cost, relative to earned income. According to The College Board, the average private college cost $17,010 per year in the 1988-1989 school year, with in-state public tuition costing $3,360 on average during that year. Median household income in 1988 was $54,390 in the United States. This means that one year at a private college used to average 31% of a family’s income for the year – a massive amount, and still likely requiring some loans. But if you do the math for today’s families, attendance at a private college now averages 58% of a family’s income, often requiring much larger loan packages.

So what’s the best way to look at whether college is the right investment for a student looking at their options?

The first thing to realize is that even within the class of four-year colleges, there is a dramatic variance in the quality of education and return on investment that you can get at the different schools that are available. Yes, it’s absolutely true that if you work hard, you can get a really good education at just about any university out there, since learning is really based on the student more than the institution. But this means that you should likely be looking in one of two directions – either dropping down one or two tiers in quality to obtain larger amounts of merit-based scholarship money that dramatically reduces the cost of college, or trying to aim for the highest tier possible. After all, the networking opportunities afforded to those institutions can often make a huge difference in job prospects out of college. Let’s look at the two options.

In the first scenario, let’s say that you are examining four tiers of schools. The biggest mistake many students make if they can’t get into the top tier schools is looking at the second tier and deciding they still want to pay a premium price for what is not the same kind of networking opportunity that top tier schools offer. By falling in the middle of the academic spectrum at these schools, students often don’t see the same kinds of scholarship opportunities that may present themselves at lower-tier schools.

A similar mistake is not considering in-state public options at the same tier as well, as many students tend to focus on big-name private universities. So two options to reduce the out-of-pocket cost for college are to look down an additional tier, or look at state options that are at the same tier, but at a lower price point. A number of states have also started offering tuition matching for out-of-state students, allowing them to pay in-state tuition, despite being from out of state. So there are a ton of options on this front.

The other option that can make sense is taking on large loan packages for top-tier schools. When I say top-tier, I’m largely looking at universities in the top 25 rankings in the country, and perhaps even a narrower field of the top 15. These programs are incredibly difficult to get into, but the payoff can be significant, as the networking and research opportunities afforded by these schools is significant and has to be considered, in particular in certain fields such as finance and law. So while a student applying to these schools may have to take out a large amount of loans in order to pay for these schools, the opportunities present here may make those loans worth it in some cases.

So, the answer to the question of whether college is a good investment depends on how you approach the process. If you are able to get yourself into the highest tier of schools, often the dollars tend to make sense, even if large loan packages are needed. If you can’t qualify for that tier of schools, then you want to bargain-shop for scholarship opportunities and even consider starting in community college to save money prior to transferring to a four-year school. But the biggest mistake that most students make is taking out large loan packages at second and third-tier schools. If the quality of education is determined largely by the student, then by shopping down a level and looking for free money from colleges, students can often come out in a better situation than if they simply pick based on the best school they can get into, even if that school isn’t in the top tier. 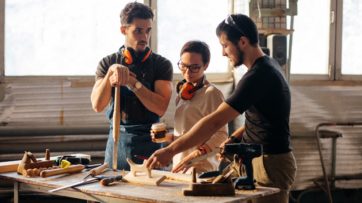 Should my kid go to trade school or college?

So your kid is somewhere in their last two years of high school. They’re 17 or 18 years old, and like most kids that age, they may have a different idea of what they want to do once they’re an adult every other week. Heck, most adults fantasize about changing jobs every other … 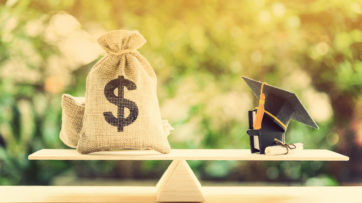 What percentage of people actually pay full-price for college?

Have you ever had to buy a car? Regardless of what someone ends up paying for their vehicle, I find that most people find the car-buying process a nightmare of negotiating, then renegotiating, then throwing up before they finally agree to buy a car for a price that they … 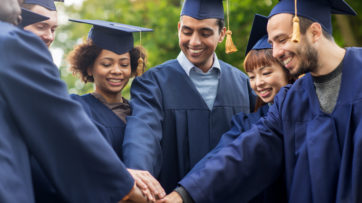 The term “community college” is an overarching designation that largely refers to two-year college programs in the United States that provide graduates with an associate’s degree upon completion. In most states, this is typically what the bulk of community colleges offer …

Ah, yes. The “financial aid package.” A nice three-word phrase that hides any type of meaningful information about the important things, such as what that package entails, what it still may end up costing you, and whether that aid package is actually worth it. So let’s make it … 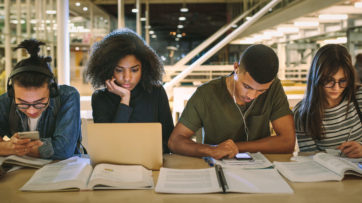 When I hear the word “college,” I immediately picture John Belushi in his “COLLEGE” sweatshirt from the movie Animal House. I imagine the looks on his fictional parents as they realize that because of his partying, they unfortunately washed seven years of college right … 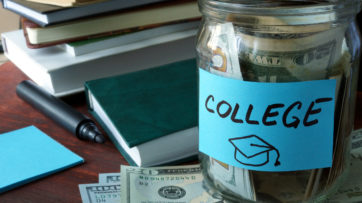 How much does college cost?

College costs a lot. I’m not breaking new ground by telling you this. College is ridiculously expensive, to the point where a lot of people ask whether or not college is actually a good investment – a question that likely seemed ridiculous over the course of most of the 20th … 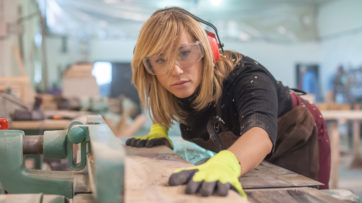 Trade schools are institutions established to provide post-high school education that teaches students the skills required to work in a specific occupation. Unlike four-year colleges or community colleges, trade schools are designed with the core idea that you will learn the skills you need to begin a particular career … 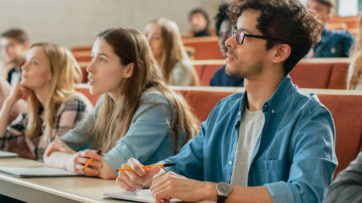 How much can I save by going to community college?

Sick of reading about the cost of college yet? If you’re here, you probably somehow have the willpower to make it through another article, looking for any way to save some money on college for yourself or a family member. Maybe you aren’t crazy about the financial aid …